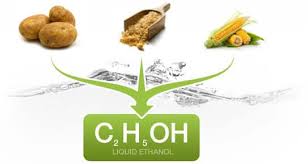 China’s demand for cleaner alternatives to fossil fuels is on track to skyrocket over next few years as the government continues to make strategic moves toward a greener future.As part of this initiative, it is projected that China will more than triple its capacity for production of ethanol in little over a year. According to a Dou Kejun, a researcher at the China National Renewable Energy Centre, the nation is already constructing or seeking approval to construct new ethanol plants with a total production capacity of over 6.6 million tonnes of the mostly corn- and cassava-based biofuel each year.

6.6 million tonnes is an especially stunning figure when you consider that China’s entire ethanol production in 2017 was just 2.8 million tonnes.